Founding Partners of
The Space Psychotherapy

Dani Klein is a clinical psychologist/psychotherapist and has worked in both the private and public sectors in many parts of Sydney, with a variety of different mental health populations. She completed her undergraduate degree at UNSW and did her clinical masters at Macquarie University. She also has specialist training in family therapy.

With almost 30 years of experience, Dani has worked predominantly with adolescents and their families and adults. After beginning her career in the Acute Psychiatric Ward at Nepean hospital, she moved to an Adolescent and Family team in the community health sector in Sydney’s south west. She then moved into Sydney’s East and was the Clinical Team Leader at an adolescent service (WAYS) based in Bondi Beach for ten years before starting her own family. As part of this service she designed and implemented workshops and seminars for adolescents aimed at issues such as sex, sexuality, self-esteem, body image and drugs and alcohol.

In addition to workshops with the young people, Dani has built up a reputation for her highly informative seminars on parenting – right through from the primary into the senior part of high school. These have been highly successful both within a lecture format as well as more intimate group-seminar style. She regularly presented (and entertained) schools and other forums on issues to do with adolescents, resilience, parenting, tweens, drugs and alcohol, surviving the HSC etc.

In 2004, Dani took on the job of in-house consultant clinical psychologist within a private girls’ school in the Eastern Suburbs of Sydney. Within this context, she continued to work with young women and their families. She also developed a keen interest and expertise in working with young women and the issues relating to self harm as well as eating disorders.

Throughout her work within the government and school settings, Dani always had a private practice. It is here that Dani largely worked with adults as well as adolescents.

Now as one of the founders of “The Space” – Dani works within a psychodynamic model with adolescents and adults. She believes passionately in the idea that the human psyche is incredibly complex and that many people today are after a quick fix. The idea of just medication or very brief/superficial therapy is something she believes is not where real long lasting change occurs.

Dani works with her individual patients at a deeper level and aims to get to an understanding of resolving some of the more complex aspects to emotional distress. She works with unconscious processes and aims to not only alleviate the most obvious symptoms but to help people lead healthier lives. She works with issues ranging from: depression, anxiety, marital distress, grief and loss, parenting issues, relationship difficulties, adjustment issues, sexuality and eating disorders.

Nasim Wesley is a clinical psychologist and psychotherapist. She has 30 years’ experience treating children, adolescents and their families, as well as adults.  Nasim has encountered a wide-ranging and complex array of psychological, behavioural, educational, developmental and family difficulties through her experience in child and adolescent mental health teams; the child and family team at Vision Australia; as a school psychologist in an independent girls’ school and in private practice.

Nasim believes that all behaviour has meaning; that for some people, learning to think differently is not enough to effect lasting change.  If you or your child is struggling with a behaviour or anxiety that is interfering with the ability to work or study, to make and maintain relationships, or to cope with the normal ups and downs of life, Nasim can help you make sense of what is happening.  She believes that working together with you, unhelpful ways of thinking can be observed, rigid patterns of behaviour can be noticed and understood, and that it is this process that can lead to real change.

Anxiety, depression, difficulties in developing or maintaining personal relationships, learning difficulties at school, experiences of grief and loss are among the many issues with which she has experience in helping adults, children, adolescents and their families. 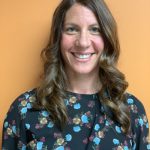 Andy has been practising for 20 years as a counselling psychologist. She is passionate about working with clients to help them to reach a space of positive well being.

Andy’s experience includes working in a diverse range of settings with children, adolescents and adults of various backgrounds and ages. Andy also has experience working as a school psychologist both public and private schools.

She works with presenting problems such as anxiety, depression, anger management, eating disorders, low self – esteem, experiences of loss and grief.

Andy is fully registered with APHRA and is eligible to provide specialist psychological services with Medicare.

Originally trained in Occupational Therapy, with a Masters in Special Education, Annette started out working with young children with complex disabilities and their families. This led to an interest in families with complex needs and several years working with families living under exceptional stresses that impacted on their parenting capacities. Annette then trained in Family followed by Couple Therapy and work as a parent- infant therapist. She has also completed an in depth, long term training in child and adolescent psychotherapy with ICAPP.

Annette has worked in private practice for the past 20 years and has a particular interest in working long term with adults experiencing difficulties stemming from early life. She is also interested in the impact of intergenerational patterns of relating and in intervening in these as early on as possible particularly in parent infant relationships with the aim of preventing future mental health problems. She also brings this perspective to her work with couples and families

Annette has considerable experience working with children and adolescents and uses a combination of play and talking to help towards a resolution of difficulties such as anxiety, depression and trauma related issues. She finds children respond best exploring with issues through play, while adolescents are more open to talking. Many adolescents, also like to express themselves through drawing while talking and while Annette offers both avenues she leaves the choice up to each individual adolescent. 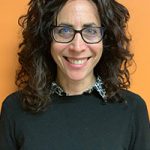 Deborah is a clinical child psychologist/psychotherapist who specialises in working with children, adolescents, and their families.

Deborah received her doctorate and clinical training from the New York University Child/School Psychology Program. She practised in New York City for several years in a variety of public and private settings including outpatient mental health clinics, a psychiatric emergency room, schools, and a day treatment program. During this period she gained extensive experience helping children and families from diverse backgrounds with a range of emotional problems.

Deborah moved to Sydney in 2007, where she has been practicing privately for the past 20 years. Deborah helps children, adolescents, parents, and adults with a wide range of difficulties including anxiety, depression, behaviour problems, family conflict and disruption, relationship problems, trauma, grief and loss, and struggles with life transitions.

Deborah believes that there is important meaning beneath an individual’s behaviours and symptoms and she helps her clients move towards a better understanding of themselves in order to heal and cope more effectively. Deborah also works collaboratively with parents; she supports them by broadening their understanding of their child’s difficulties and providing practical interventions, with the aim of helping their child become developmentally on-track.